Land and Sea: Cornwall the county of contrasts

Nothing will stay with you longer on your holiday or tour in Cornwall than beauty of its coastline and the contrast between land and sea. There is no better place for your holiday or break on the coast of Southern England. UrlaubCornwall or holidays in Cornwall as Germans (the biggest group of overseas visitors to the county)  would say shows you some of the places that aren’t so well known from people who live and work in Cornwall. Check our Blog  for insights and tips on you trip. 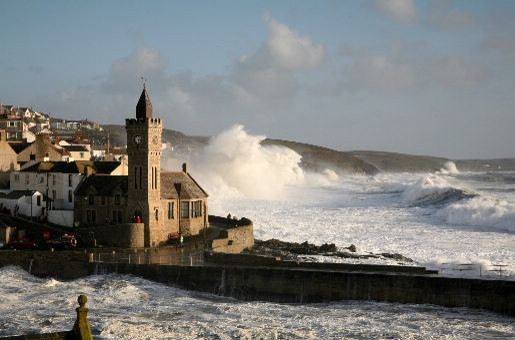 Cornwall rightly claims some of the best beaches to be found in the whole of Great Britain. Everyone has their own personal favourites maybe Porthmeor  in St Ives or the Towans  that long stretch of golden sand running north from Hayle to the light house at Godrevy  perfect for families to enjoy a day of sun and surf. But for peace, tranquillity and beaches that could be in the Caribbean try something a little more adventurous and take a trip to the Isles of Scilly a unique group of islands 28 miles in to the Atlantic. Maybe Par Beach on St Martins or Appletree Bay on Tresco are stunning and have to be seen to be believed.

The natural environment in Cornwall is so unspoilt and undeveloped with more than a third of all the areas in Great Britain officially designated Areas of Outstanding Natural Beauty. The upland landscape of Bodmin exists because of a huge mass of granite rising to a height of 417m on Brown Willy where on a clear day you can see from Tintagel on the north to Fowey on the south coast. Close by the town of Launceston, the ancient capital of Cornwall, with its ruined castle and medieval gate showing its importance in days gone by. 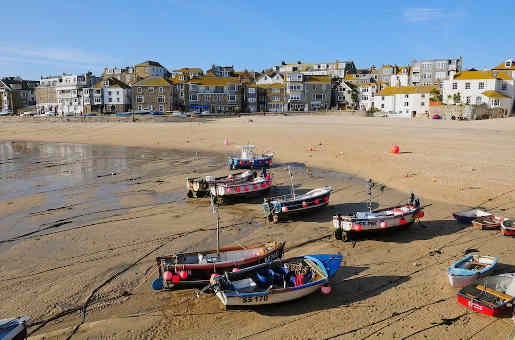 The Roseland Peninsula on Cornwall’s southern coast, whose name derives from the celtic word Ros meaning heathland, is characterised by its many south facing sandy bays between the rocky outcrops of Nare head, Black Head and Dodman point. Narrow winding lanes lead to pretty towns and villages such as Veryan and Gorran.

The Lizard is an essential place to visit on your tour of Cornwall with Kynance Cove offering dramatic cliff walks, unusual rare flower swell and memorable geological features. Its landscape seemingly untouched for hundreds of years with Bronze Age burial chambers and standing stones .

Continue your tour to the North Coast with Newquay its biggest town is renowned as the surf capital of Great Britain with Fistral Beach, Tolcarne, Watergate Bay and Lusty Glaze the destination for surfers from around the world .